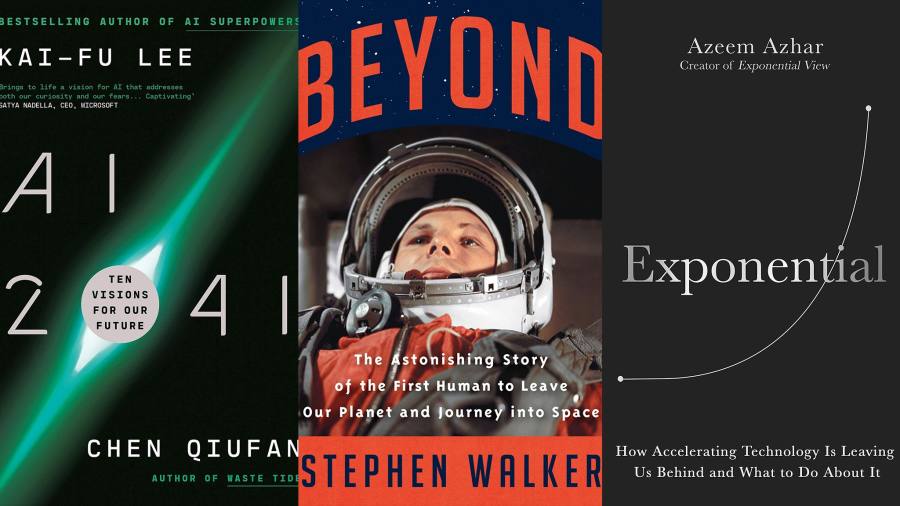 AI has been hailed as a wonder technology. But in this forensic book, Kate Crawford examines its societal, political and environmental costs. One of the world’s most thoughtful researchers on the impact of AI delivers a sobering, but essential, read about how AI is accelerating undemocratic governance and increased inequality.

Beyond: The Astonishing Story of the First Human to Leave Our Planet and Journey into Space
by Stephen Walker, William Collins £20/Harper $29.99

To mark the 60th anniversary of Yuri Gagarin’s historic space flight, Stephen Walker tells the white-knuckle tale of the space race between the Soviet Union and the US. As Walker explains, the Soviets beat the Americans into space by 23 days thanks to the genius of rocket designer Sergei Korolev and a higher tolerance for risk.

A Thousand Brains: A New Theory of Intelligence
by Jeff Hawkins, Basic Books £22.99/$30

In this fascinating book, Jeff Hawkins develops a new theory about the nature of human intelligence and the recurrent dispute between our old instinctive reptilian brains and the think box contained in our mammalian neocortex. Hawkins also explores the consequences of creating truly intelligent robots, which he suggests is achievable within several decades.

All this week, FT writers and critics share their favourites. Some highlights are:

Exponential: How Accelerating Technology is Leaving Us Behind and What to Do About It
by Azeem Azhar, Random House Business £20/Diversion $28.99

As a primer on our latest multi-dimensional technological revolution and how it is rewriting the rules of society, economics and politics, this book is hard to beat. As a guide on how to close the “exponential gap” that is emerging between technology and society, it is less convincing. But that is a wicked problem.

What will the world look like in 2041? The former president of Google China teams up with one of the country’s leading science fiction writers to imagine how life might change. In 10 mind-stretching short stories, they explore the realms of the possible, oscillating between a radiant future for humanity and myriad challenges and perils.

Tell us what you think

What are your favourites from this list — and what books have we missed? Tell us in the comments below