As the cost gap shrinks between conventional and electric delivery vans and work trucks, legacy bodybuilders and startups from A to Z seek leadership and market share.

It’s a smart play. Research shows that practically every van and step van in service today can make an economic case to run on electricity.

The Run on Less — Electric demonstration by the North American Council for Freight Efficiency last fall show that the total cost of ownership for everything around electrifying smaller commercial vehicles is nearly on par with gasoline-powered vehicles.

Current battery technology meets the operational requirements for smaller commercial vehicles. That’s especially true in Class 3 through Class 6 trucks. They account for U.S. production of about 150,000 units a year, according to S&P Global Mobility.

The battery packs are smaller and don’t impact cargo capacity or payload. The vans typically operate on a single shift, so fast charging is unnecessary. Power requirements, charging and infrastructure costs are reduced.

Work truck body and chassis manufacturers saw this coming. Their approaches differ, but the goal is the same: Lead. Don’t follow.

The Shyft Group is still a relatively new name for what used to be Spartan Motors. Founded in 1975 as a maker of fire truck chassis and cabs, Spartan grew through acquisitions. Its eight brands include well-known bodybuilder Utilimaster and Strobes-R-Us, an emergency vehicle lighting business acquired in 2018.

Shyft’s newest addition is Blue Arc, a division revealed at the NTEA Work Truck Show in March. Rather than just a van body, Blue Arc is a complete battery-electric truck.

“When we looked at the availability of a Class 3 chassis in our space, we couldn’t find anybody that had the right chassis for us and our customers. So, we developed our own,” Daryl Adams, Shyft Group president and CEO, told FreightWaves.

Shyft (NASDAQ: SHYF) searched for 18 months. A few companies offered PowerPoints and promises, but nothing to look at or try.

“So that’s why we decided to do our own,” Adams said. “We wanted to get the prototypes in our customers’ hands and let the product speak for itself.”

Shyft’s experience includes converting conventionally powered trucks to electric by removing the transmission and engine and putting an electric motor on the drive shaft. The Blue Arc van uses a full-frame chassis for better ground clearance and because “drivers don’t want to step over humps and things inside the cab.” Adams said.

Class 3 vans weigh 10,001 to 14,000 pounds and have additional licensing requirements and carry higher insurance premiums. They are designed to last 15 years or more and meet warehouse dock heights for loading and unloading.

As a truck segment, Class 3 gasoline-powered versions account for tens of thousands of units a year. Class 2 cargo and delivery vans — like the Ford Motor Co. E-Transit, General Motors BrightDrop and startup Rivian — weigh less than 10,000 pounds. They can be driven with a normal license, making driver recruitment easier.

Shyft developed the electric chassis for the Blue Arc in just seven months. The body took three months more. Prototypes for customer evaluation should be delivered by the second half of this year  Production begins in the second half of 2023. A Class 5 version (16,001 to 19,500 pounds gross weight) is expected to follow.

With product and quality stumbles by Workhorse Group, Shyft currently is the only player in the Class 3 delivery space.

“We know others are going to come into our space, and that’s fine,” Adams said. “But unless you know the customer, you’re probably not going to get the vehicle right.”

EAVX helps electric chassis makers from A to Z

Adams’ remarks could be a less-than-veiled swipe at startup Bollinger Motors, which is developing a Class 3 electrified chassis for Con Edison in New York. Bollinger shifted emphasis from an electric pickup truck and SUV to focus on electric chassis.

Bollinger’s Chass-E Cab will come with either a 105-kWh or 140-kWh battery pack. It is capable of feeding motors at the front and rear, or just the rear.

Other startups entering the electric chassis arena include Atlis Motors and Zeus Electric Chassis Inc., both offering so-called skateboard chassis that enclose the batteries and power electronics within a flat floor structure. Another startup, Israeli-based REE Automotive, takes that further by moving the electronics to the wheel corners.

All four are getting help from EAVX, the newest division of JB Poindexter & Co, the parent company of bodybuilder Morgan Olson and eight other companies. EAVX loosely stands for electric, autonomous vehicle intersection. It is a research and development group that sees its mission as enabling electrification by getting involved early.

“Instead of reacting to what was going on, we want to go out and say, ‘OK, what’s the next generation of work trucks look like?’” Mark Hope, EAVX chief operating officer, told FreightWaves. “EAVX’s role is to help work with the market and work with the chassis manufacturers to accelerate it.”

Hope, who spent seven years as vice president of engineering at Morgan Olson, said EAVX works with customers before other JBPCO divisions build the bodies. That means helping electric chassis makers think through electrical and mechanical integration and serviceability.

More than an electric top hat

“From an electrification standpoint, you could just put a body on top of a chassis, and we do that every day,” Hope said. “If you do that, you start to lose some of the advantages an EV chassis can give you. You have to think about the body differently. The two things have to be married together in a different way.”

Understanding the planned range of the truck and the cooling of the electric system differs from a truck with an internal combustion engine.

“When you look at a company like Atlis, they’re going to need some assistance in being able to develop those products,” Hope said. “We’ll provide that engineering support to them on the accessory side. Even a tonneau cover would have to be adapted to their truck.”

The Atlis XP Platform is intended to underpin medium- to heavy-duty truck bodies. CEO Mark Hanchett said Atlis is taking a vertically integrated approach to find alternative components and solutions quickly if necessary. Though described in a November 2021 press release as a strategic collaborator, EAVX is just one supplier.

“We are agile and pivot when necessary,” Hanchett said. “We’re not cobbling a number of pieces together that weren’t designed to fit together in the first place.”

Getting the most from EAVX

Zeus, too, appears to want more from EAVX and other JBPCO divisions.

“One of the biggest barriers is getting the [charging] infrastructure,” he said. “As more and more people start to drive EVs… that will start to drive costs down.”

That probably starts with regulations and legislation, led by California and five other states that so far have adopted the state’s Advanced Clean Truck rule.

“There’s some substantial growth coming starting in 2024,” Hope said. “Some of the regions within California are looking to go above and beyond what the CARB regulations are. They’re going to electrify the work site. It’s not just the last mile. It’s everything.”

“One fleet operator we spoke with likened the situation to bandwidth to the home where fleets are now evaluating distribution centers based on how big the electrical ‘pipe’ is into the building, akin to a teenager wanting gigabyte-speed broadband bandwidth.”

Starting over: Workhorse overhaul could lead to more than electric vans

Register today for the Future of Supply Chain #FOSC22

The leading voices in supply chain are coming to Rogers, Arkansas, on May 9-10. 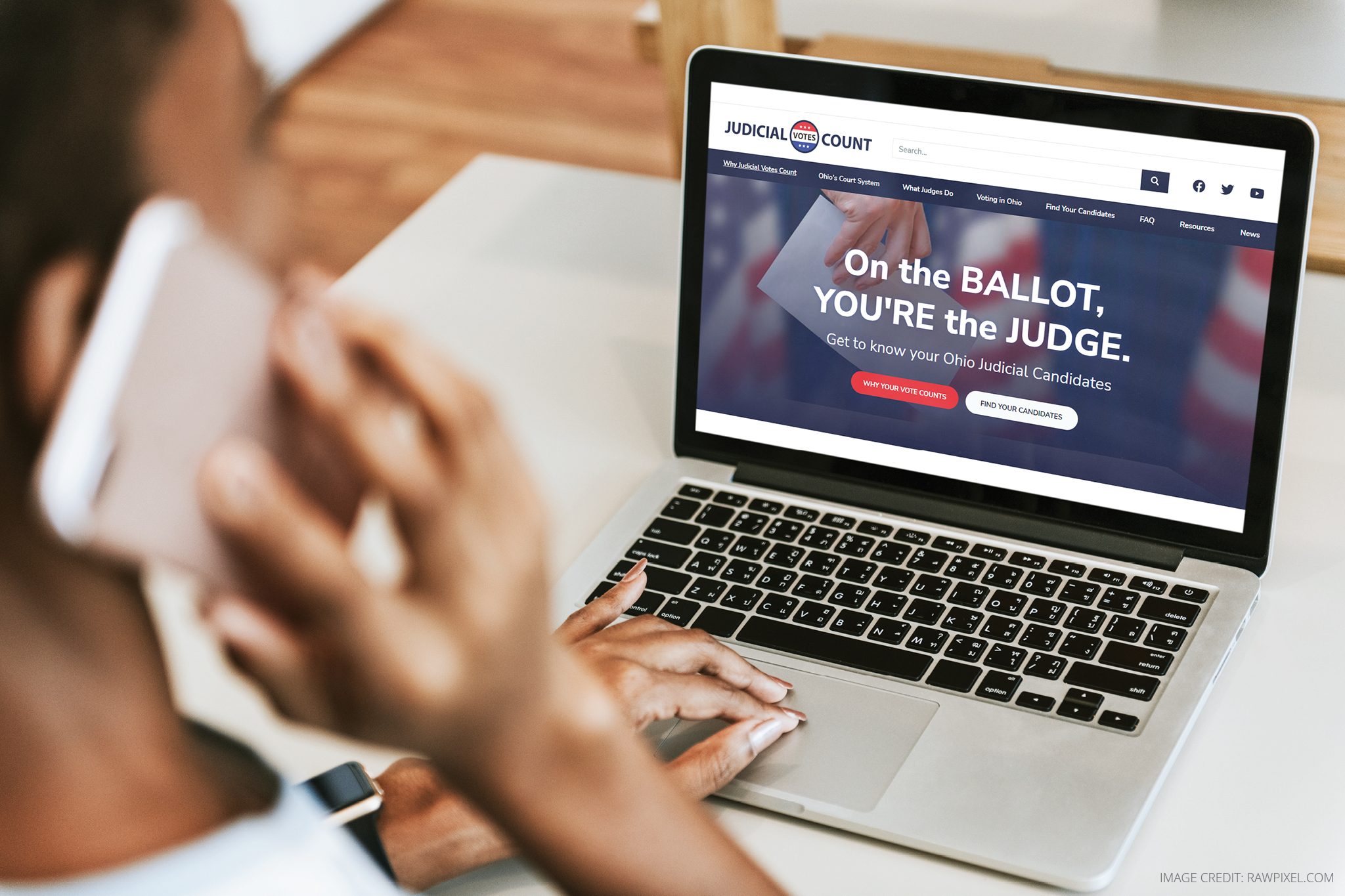