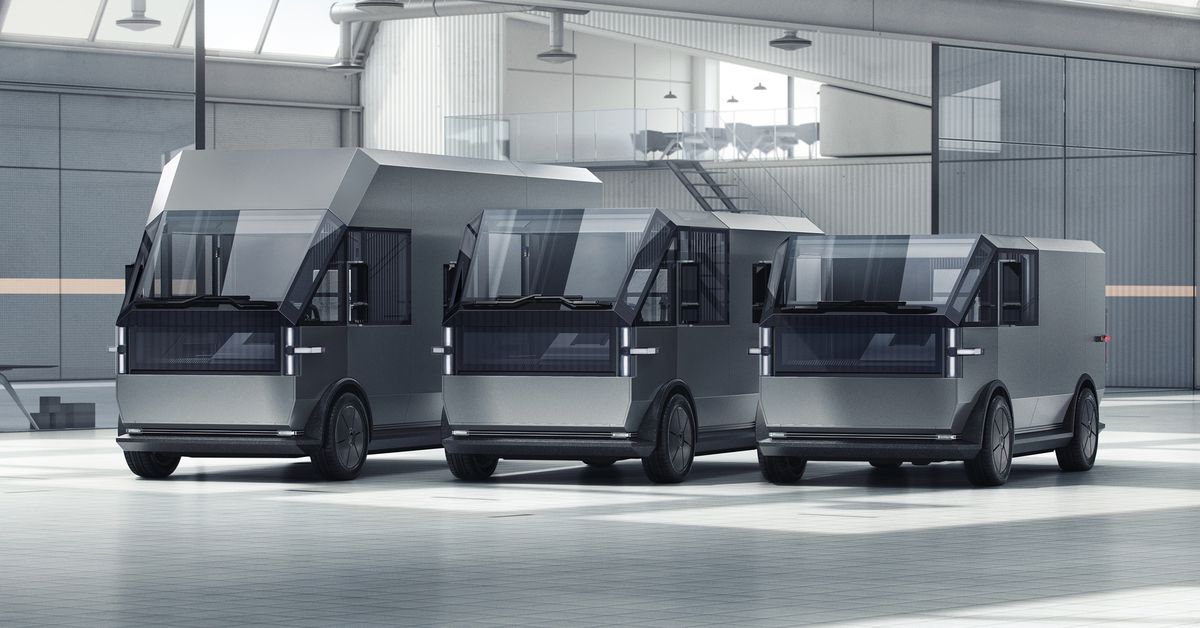 EV startup Canoo is losing three top executives, including its chief technology officer Peter Savagian, as part of an apparent shakeup of its leadership team. Savagian, the former chief engineer of General Motors EV1 electric car, will leave Canoo by the end of the year, according to the last line of a press release published Monday.

The two others are some of Canoo’s remaining co-founders, according two current employees who spoke to The Verge on the condition of anonymity, though they weren’t named in the press release: Bill Strickland, the head of Canoo’s vehicle programs and a longtime Ford executive, and Alexi Charbonneau, who worked at both SpaceX and Tesla and oversaw Canoo’s powertrain division. Strickland and Charbonneau did not immediately respond to messages seeking comment. Canoo did not respond to a request for comment.

Three of the original founding group remain. Sohel Merchant will replace Savagian as CTO. Richard Kim, Canoo’s chief designer, is now also going to be in charge of creative content and, on an interim basis, merchandising. The third, Christoph Kuttner, remains in charge of the interior and exterior trim of Canoo’s vehicles.

Canoo was founded in late 2017 when former BMW executive Stefan Krause left then-struggling EV startup Faraday Future. Krause and some of the other executives who co-founded Canoo — which was then called Evelozcity — were sued by Faraday Future for poaching employees and allegedly stealing trade secrets, though the lawsuit was settled in late 2018.

Krause left Canoo in June 2020 before it merged with a special purpose acquisition company (SPAC) and became listed on the Nasdaq stock exchange. (The details of Canoo’s SPAC merger are currently being probed by the Securities and Exchange Commission.) Krause’s replacement — fellow Canoo co-founder and former BMW executive Ulrich Kranz — resigned this past April and took a job with Apple working on its secretive electric autonomous car project. Original powertrain lead and co-founder Phil Weicker left in early 2021.

Canoo’s chief lawyer left at the same time as Kranz, too, though he wasn’t a co-founder. Its chief financial officer Paul Balciunas resigned in April.

The startup announced Monday that it hired a new chief information officer, Ram Balasubramanian, who has “held senior technology management positions for more than two decades at such companies as Salesforce.com, Motorola Solutions and PepsiCo.”

Canoo’s priorities have been shifting along with the makeup of its leadership team ever since investor Tony Aquila took over as executive chairman in late 2020, just after the startup went public. (Aquila also took on the CEO role after Kranz resigned.) Since then, Aquila has reoriented the startup towards making commercial electric vehicles mean to be sold to small businesses and fleets. He scuppered a deal with Hyundai. He shifted Canoo’s headquarters from Torrance, California, to Bentonville, Arkansas, and announced a manufacturing facility in the startup’s new home state (after announcing another one in Oklahoma).