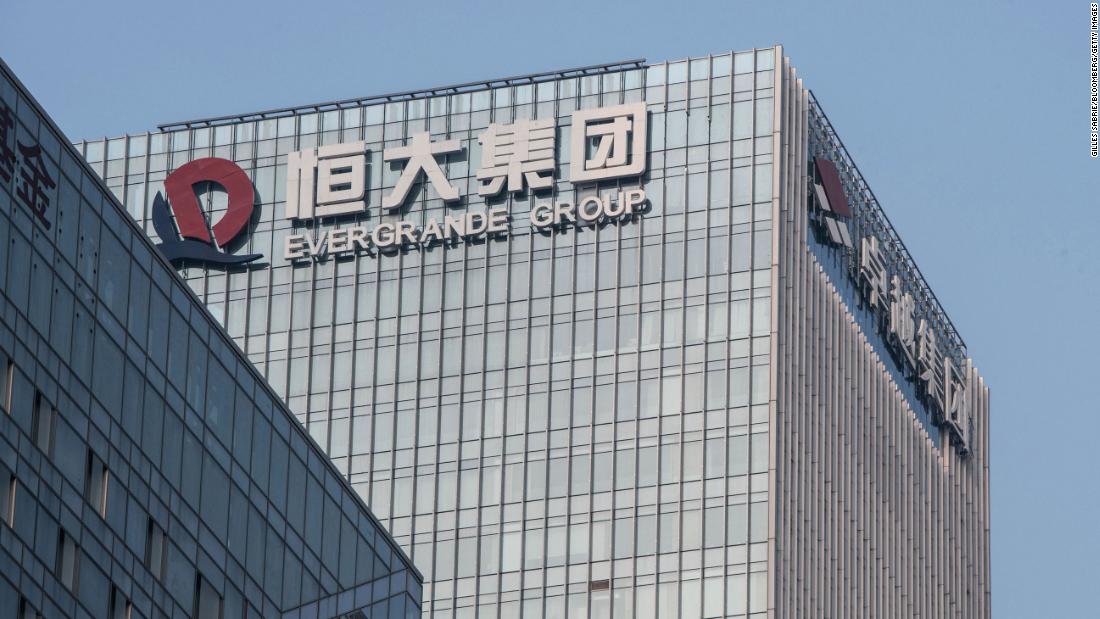 Evergrande did not immediately respond to a request for comment from CNN Business about Xu’s remarks.

The comments — reportedly spoken during an internal meeting at Evergrande, according to the state-run 21st Century Business Herald — come as the company has demonstrated some attempts to get back on solid footing.

The company said in a statement Sunday that it has resumed work on more than 10 housing projects in southern Guangdong province, which will be delivered to homebuyers “one after another.” It also made a key interest payment late last week that allowed it to stay out of formal default, according to Chinese state media.

In the remarks quoted by state media, Xu assured that the company could get back on track by restarting work and resuming sales, which he said would allow Evergrande to pay suppliers, investors and financial institutions.

The company’s Sunday statement also said that the projects in Guangdong were in “full swing.” It said in a separate statement on WeChat that construction at more than 40 housing projects in the Pearl River Delta region — which is in Guangdong — is “proceeding smoothly.”

China’s second biggest developer still has massive problems to contend with. It is buckling under more than $300 billion worth of debt, and it faces a wave of upcoming interest payment deadlines.

It met last week’s deadline to pay $83.5 million worth of interest on a US dollar bond, but that was at the tail end of a 30-day grace period. Another grace period on a $47.5 million interest payment expires this Friday.

Meanwhile, efforts to sell off some of its businesses for cash haven’t been going well. Just last week, Evergrande said it had called off an agreement to sell a controlling stake in its property management unit to a rival Chinese developer, Hopson. That deal was valued at some $2.6 billion.

A pivot to electric vehicles would also be a challenge. The subsidiary responsible for that part of the business, China Evergrande New Energy Vehicle Group, has yet to deliver a single car. Cars aren’t even the majority of its business, as health management dominates its sales, according to the subsidiary’s preliminary results in June. (The company was formerly called Evergrande Health Industry Group, but changed its name last year to reflect its new priority.)

Just last month, the electric carmaker acknowledged that it was having trouble paying suppliers, and it called off plans to sell new shares. Attempts to sell off part of a stake in the EV business to ease the broader company’s debt crisis have also not come to fruition.

A shift in strategy would also bring Evergrande into alignment with some of Beijing’s biggest priorities.

As the government cracks down on the property sector, it’s also trying to boost the production of electric vehicles in the world’s largest car market. Beijing has offered subsidies to car manufacturers and buyers, and it wants new energy vehicles to make up 20% of overall new car sales by 2025, from the current level of about 5%.

Investors on Monday cheered Xu’s optimism. Shares of the electric vehicle unit surged more than 11% on Monday. But the stock is still down 87% so far this year.