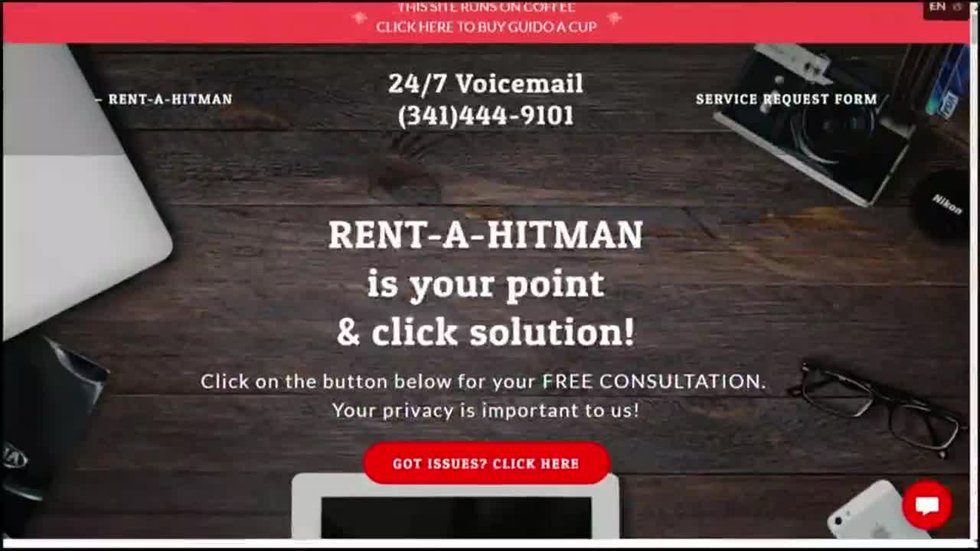 SAN FRANCISCO (KGO) – A website that started as a joke is responsible for thwarting another murder-for-hire plot.

The creator of Rent-A-Hitman, Bob Innes, was surprised to find out some people were taking the site too seriously.

He said he’s working with law enforcement to catch criminals who aren’t in on the joke.

“So I brought some show and tell,” Innes said. “Nevada police department … cases from Indonesia.”

In a quiet park in Fairfield, wearing dark sunglasses to partially protect his identity, Innes said he has been getting these messages for over a decade from all sorts of people hoping for some help.

“Here are some emails she had submitted,” Innes said, showing his pages and pages, of printed out emails. “This is just a lot of solicitations from people around the world.”

Innes said he describes himself as a “Cyber crusader … yeah, I’m the webmaster of rentahitman.com, your point and click solution.”

He launched the website in 2005 when he started an IT business.

“It was a play on words. ‘Rent’ as in hire us, ‘hit’ as in web hit, visitor, traffic, analytics, that kind of thing,” Innes said.

The business soon fizzled, but the site took on a life of its own.

When Innes checked the email attached to the website a few years later, he said he had hundreds of unread messages with several dark requests.

“What is the best way to handle it?” he said

The game-changing request came in 2010 from a woman named Helen. She said she wanted three family members murdered.

“I responded back with a very simple email. ‘Do you still require our services and would you like me to put you in contact with the field operative?’ And she responded, ‘yes,’” Innes said.

He forwarded the messages to law enforcement, and Helen was ultimately arrested.

“So that was the case that really started it all,” Innes said.

Since then, he said he’s prevented 150 killings.

Just this month, a 51-year-old woman in Michigan pleaded guilty to attempting to use his website to hire a hitman to kill her husband.

This happened despite several indications that the website is a sham.

“There’s several red flags on the website. There’s a banner ad. It opens up a new browser window for the Internet Crime Complaint Center that’s run by the FBI,” Innes said.

He described the people snared by the website as “low-hanging fruit. They’re not rocket surgeons, you might say.”

Some are hoaxes, but some are very real.

“It’s scary because they walk among us,” Innes said. “I mean, I’ve had cases out of Lake County and Stockton and L.A. I’m working on a case right now with the L.A. County Sheriff’s Department. It really makes you wonder about who is out there. Are they your neighbors? Are they your business associates? You never know.”

Thankfully, Innes is here to try to stop them.

Even though 90% of the requests to the website are hoaxes, Innes pointed out that means 10% are about murder for hire, and those are forwarded to the authorities. 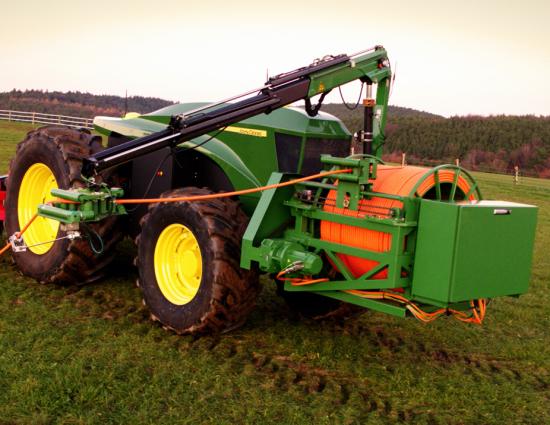