Rory Caroll is the editor in chief of Jalopnik.

A number of automakers say they’ve begun phasing out internal-combustion engines, with most setting target dates to go all-electric within the next decade or so. Others have pledged to offer more electric vehicles (EVs) and hybrid cars and trucks. A handful of governments have promisted to help the transition with incentives. These are only targets, and they could change – but it appears that the days of burning gasoline or diesel in your personal car may be drawing to a close. Still, a handful of myths persist about electric vehicles.

Myth No. 1: Early electric cars failed because women loved them.

For most of the recent past, electric cars were relegated to the fringes of the automotive industry, the domain of fuel-crisis tinkerers, retrofitters and automaker skunk works departments. But some of the earliest motorized vehicles were electric. By the dawn of the mass-produced automobile in the early 20th century, a number of companies made and sold electric cars, and early on, they were more popular than gas-powered cars. They were easy to operate — a big deal in the days before electric starters simplified starting a gas vehicle — which made them popular with women and, ostensibly, less appealing to men, which some say ultimately doomed them.

There’s no doubt that manufacturers marketed quiet, slow, range-limited electrics as perfect for women. But that doesn’t explain why the electric-car industry collapsed even as, notably, women continued to exist and buy cars. There were other factors.

At the height of early EVs’ popularity, much of the country didn’t have electricity, and improved roads were rare. Electric cars weren’t built for banging over uneven terrain between cities, and as more roads were built, the ability to cover longer distances became more important to buyers. Gas-powered cars were becoming more reliable and easier to operate; the adoption of the self-starter made them safer. And while electric-car prices remained relatively stable, the cost of gas cars plummeted. By the mid-1910s, gas vehicles were cheaper, faster and capable of traveling pretty much anywhere.

Chevrolet announced in August that it would recall more than 140,000 of its Bolt electric vehicles — every one sold from the 2017 model year through 2022 — to fix a potential fire hazard caused by a manufacturing defect in its LG battery. A parking garage in Germany banned all EVs and hybrid cars this year for fear of fires. And a series of fires in electric Teslas and Hyundais has attracted attention.

Some automakers have had notable difficulties with EV fires, which do tend to burn longer and to be more dangerous to extinguish than other fires. But there isn’t any evidence that electrics are more likely to catch fire than their internal-combustion counterparts when you compare fires per vehicle mile traveled.

EV fires can be caused by manufacturing defects, software glitches or crashes severe enough to damage the battery. The fires that draw national coverage usually happen when the vehicle is charging or parked. They’re rare, but the idea of your car burning in your garage while you sleep is terrifying. But gas cars burn in accidents, too, and dozens of recalls have been initiated for conventional cars that catch fire when parked.

A 2020 study by the National Fire Protection Association estimated that there were 212,500 vehicle fires in the United States in 2018. Some of the causes, like smoking in the passenger compartment or friction between worn or improperly lubricated parts, aren’t going away with the switch to EVs. Others, like fuel or oil leaking onto a hot exhaust manifold, are internal-combustion specific.

Myth No. 3: Electric vehicles are for rich people.

Many Republicans have objected to the Biden administration’s plan to expand tax credits to buy EVs. “I just don’t understand why in the world we are subsidizing the wealthiest people in America to buy something they consider a trinket,”said Rep. Mike Kelly, R-Pa., co-chair of the House Auto Caucus. Some lawmakers proposed phasing out the tax credit for buyers with incomes over $75,000.

But electric cars aren’t necessarily pricier than the equivalent gasoline vehicles; you don’t have to buy a $100,000 Tesla Model S to enjoy the benefits of switching.

For a very direct comparison, look at Kia, which sells three versions of its Niro crossover. Before taxes and fees, the gas-only Niro carries a starting MSRP of $24,690. The plug-in hybrid is priced at $29,590, and the Niro EV is $39,090. This is mostly because in a modern gasoline car, fuel is stored in a cheap blow-molded plastic tank. In an EV, fuel is stored in a battery that costs thousands of dollars. The relative simplicity of EV powertrains evens things out a little, but overall, electrics tend to be somewhat more expensive than comparable gas cars.

But the existing federal tax credit for EVs gives most buyers $7,500 back. That puts the price of the electric Niro at $31,590, less than the average for a new car. As of early last year, when cars were cheaper and easier to find, the average transaction price for a new vehicle was nearly $40,000, according to Kelley Blue Book.The starting prices of several excellent EVs – including the Chevy Bolt, the Nissan Leaf and the Volkswagen ID.4 – slide under that average. The 2022 Ford F-150 Lightning starts at $39,974 before tax incentives, less expensive than many models of the gas-powered version. And as EVs get more popular, batteries should continue to get better and cheaper – which should mean better and cheaper EVs, which should mean they get even more popular.

Plus, costs from fuel to maintenance are lower in electrics, which makes them more affordable over time. Finally, there are good EVs on the used-car market, though they’re selling very fast. If you manage to find one, it’s wise to confirm the health of the battery before buying.

Myth No. 4: Electric vehicles are taking over.

“Many industry observers believe we have already passed the tipping point where sales of electric vehicles (EVs) will very rapidly overwhelm petrol and diesel cars,” a recent BBC article noted. A Forbes headline put it more bluntly: “Electric Cars Are Coming And If You Don’t Like It, Tough.”

But while there are reasons to be bullish on the prospect of increasing market share for electric cars, the transition to an all-electric, or mostly electric, vehicle fleet will take time.

Despite their outsize presence in media and culture, electric cars haven’t really caught on in the United States. As of 2020, EVs represented just 1.8 percent of the overall new-vehicle market here. The share was expected to grow to 2.5 percent this year, but that still leaves a very long way to go before EVs are common. (Bad news for those of us who live on a warming Earth.) As of 2019, the average new-car buyer was keeping their car for almost 12 years before (usually) selling, and there are an estimated 286.9 million registered vehicles in the United States alone. Yes, manufacturers and governments are setting targets, but if consumer demand doesn’t materialize in a hurry, it’s fair to wonder how and if those targets will be met.

Myth No. 5: Electric cars are as bad for the environment as gas ones.

Electric-vehicle skeptics argue that they’re just as damaging for the environment as gas cars, although in different ways. “Carbon dioxide emissions don’t just come out of a tailpipe. Electric cars emit CO2 both in their production and during their charging,” the right-leaning Foundation for Economic Education wrote in 2019. “Green isn’t always clean,” a Washington Post contributor explained last year.

Manufacturing any product is often bad for the Earth, and the environmental cost of building something as large and complex as a car is massive. Sourcing raw materials, manufacturing, shipping, selling, servicing – it’s a real carnival of environmental destruction. Building an EV means doing all that, as well as procuring and processing lithium and other elements by means that can have a harmful impact on the planet. Then there’s the question of where the electricity to charge the car comes from.

But over time, an electric car is the better option for the environment when compared with a gas vehicle, as Car and Driver explained in some depth recently. EVs produce some brake dust, but they don’t directly emit carbon dioxide or any of the other nasty stuff in exhaust. While a gas car keeps polluting all the way through the end of its life, the average electric makes up for the higher environmental cost of its production within the first few years of ownership. And the power grid can shift to use more and more renewable energy, which makes EVs look even better; owners can even charge them at home using solar panels. Meanwhile, every inch traveled in a gas car means burning more fuel and pumping more toxic chemicals and carbon dioxide into the air. And consider the environmental impact of the oil industry. Oil is sucked from the Earth in a resource- and energy-intensive process that comes with a decades-long list of human and environmental costs.

Yes, getting lithium is ugly, but it has a long way to go before it will cost us as much as the procurement of oil has.

The views expressed here are the writer’s and are not necessarily endorsed by the Anchorage Daily News, which welcomes a broad range of viewpoints. To submit a piece for consideration, email commentary(at)adn.com. Send submissions shorter than 200 words to [email protected] or click here to submit via any web browser. Read our full guidelines for letters and commentaries here. 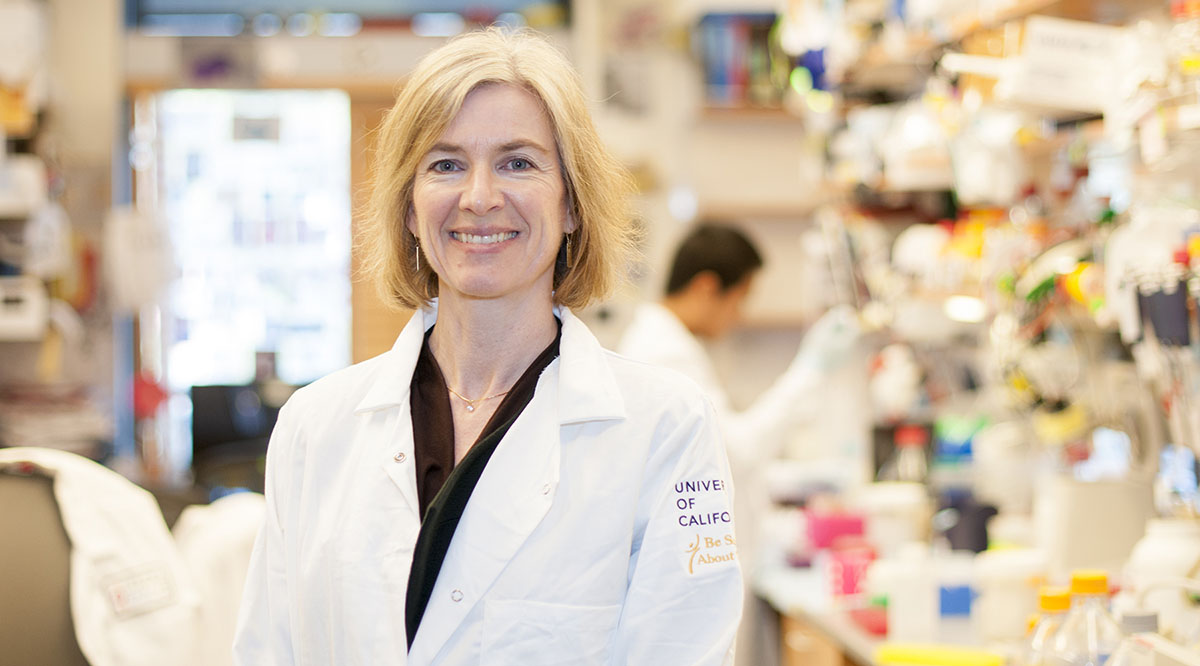