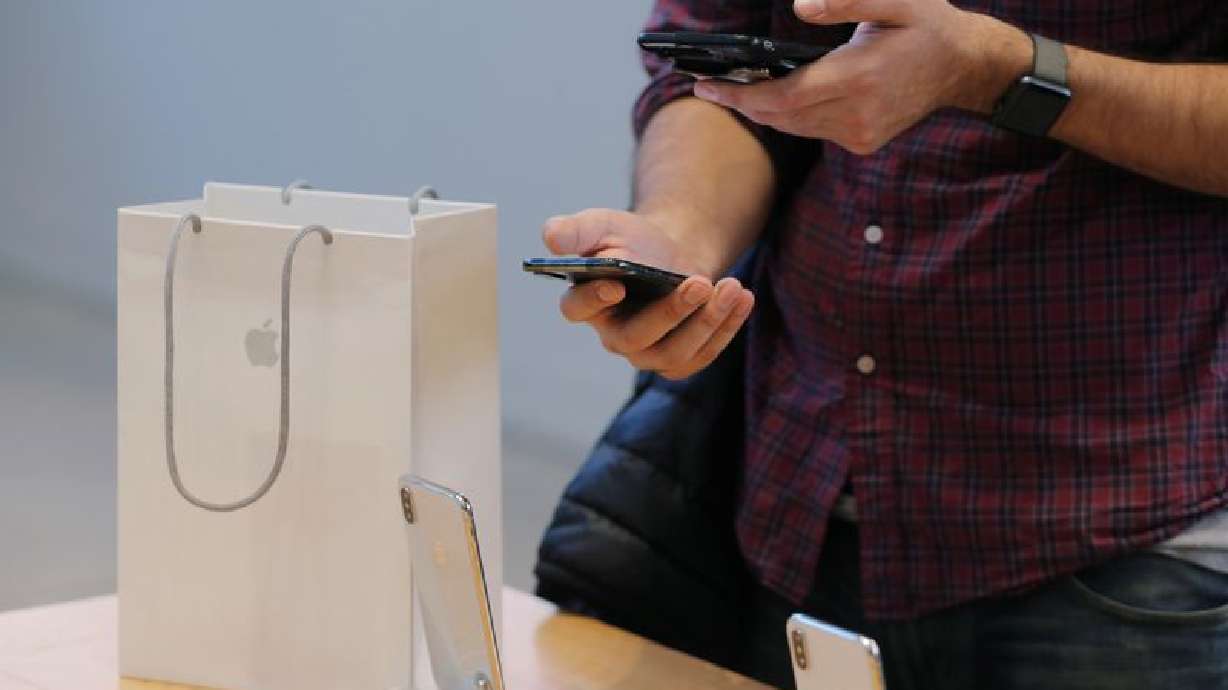 A man uses his older iPhone to photograph his new iPhone X at an Apple store in New York on Nov. 3, 2017. (Lucas Jackson, Reuters)

WASHINGTON — Shoppers could be looking at an expensive Christmas as supply chain snafus force companies to make and deliver their latest higher margin electronic gadgets to market faster, leaving fewer cheaper options to put under the tree.

Top electronic brands are using their best resources to navigate a chip shortage that has curtailed the production of goods across pricing ranges because of logistic issues, a tight labor market and closed factories due to pandemic lockdowns in parts of Asia.

Various websites are showing that cheaper products have longer wait times for delivery, while expensive items are available sooner.

“If vendors choose which device models they want to manufacture when they have limited access to chips then they’ll generally go to the higher end, as they can better maximize their profits,” ABI Research analyst Filomena Iovino said.

Apple and Microsoft have hoisted bright red banners on their websites telling online shoppers to get their holiday presents for delivery as soon as possible on some of their newer, more expensive products.

Similarly, a $1,759 Hermes Apple Watch 7 will reach customers by early December, but the $400 Apple Watch will take longer.

Qualcomm, which makes high-end 5G-enabled chips for Apple and many top Android phones, said its customers were focusing on the premium and high-tier devices.

While global smartphone shipments declined due to component shortages in the third quarter, strong shipments of mid-to high-end smartphones drove record third-quarter revenue of over $100 billion, according to Counterpoint.

GoPro, which last quarter shifted production to focus on high-margin action cameras, said earlier this month that consumers were buying cameras at the top end of its line-up priced more than $300.

Even laptop makers, who rely on factories in Asia for a majority of their components, have shifted production of the cheaper 11″ Chromebooks to higher-end 14″ and 15″ variants, IDC analyst Bryan Ma said.

“It works during a supply-constrained environment since consumers don’t have any other choice … So when supply eventually catches up to demand, manufacturers can put more production toward lower-end products to appeal to more price-sensitive users,” Ma said.