In 2009, the U.S. Special Operations Command announced that “Humans are more important than hardware.” But with wearables revolutionizing sports medicine and athletics, the distinction between humans and hardware is less relevant than ever. This means that investing in wearable technology for special operations forces is now the best way to put humans first.

What might this look like? With a small population of elite warfighters in high-stress environments, Special Operations Command can lead the force in determining which wearable devices are worth the investment. The Preservation of the Force and Family program, which is already in place to improve the holistic health of special operations forces, can spearhead efforts to distribute, monitor, test, and best utilize wearables for the entire military.

In the last two decades, sports medicine and sports science have advanced dramatically. Athletes are now bigger, faster, and stronger due, in part, to advancements in technologies that allow them to train smarter. A critical facet of this revolution is wearable technology that offers athletes immediate and continuous feedback on an increasing number of health and performance metrics.  The wearable trend started with simple Global Positioning System-enabled devices measuring steps taken in a day and heart-rate monitors allowing users to train in specific heart-rate zones. However, wearable technology is now quickly outpacing older, more expensive, and more invasive technologies. New Apple Watches, for example, allow users to bypass hospital visits by serving as both an electrocardiogram to monitor heart health and a pulse oximeter to measure blood oxygen levels in 10 seconds. Wearables’ rapid development is providing valuable new tools for physical therapists and healthcare professionals and eliciting optimism about the future of individualized self-care.

This revolution hasn’t gone unnoticed by the Department of Defense, which is testing wearables across different military branches. The U.S. Air Force recently began using the Oura Ring, a technology worn on your finger, to more accurately determine pilots’ flight readiness in the morning based on their overall sleep score. Previously, pilots’ flight readiness was determined by hours in bed rather than the quality of sleep. However, Oura Rings offer the ability to both measure sleep quality and potentially improve sleep, making pilots fitter to fly. Additionally, the U.S. Navy regularly tests various wearable devices at the Naval Postgraduate School Human and Systems Integration laboratory to study and improve crew rest, while the U.S. Army tests wearables to study soldiers’ resiliency in harsh winter conditions. As wearable technology continues to progress, so do the applications and opportunities to improve service members’ sleep, fitness, and overall health.

In 2012, Special Operations Command adopted the Preservation of the Force and Family strategy. The goal was to optimize and sustain mission readiness, longevity, and performance, thereby maximizing the estimated $1.5 million investment that the military makes in each member of  special operations. The strategy seeks to provide precise preventative interventions and emphasisizes holistic health across five domains: physical, cognitive, psychological, social and family, and spiritual.

Wearable technology is already improving individual physical fitness and should be a critical component in enhancing operator health across every all of these domains. Wearables currently track a host of physical and biological metrics and use algorithms to generate useful approximations of additional metrics, including sleep quality, readiness, and stress. Many wearable interfaces offer coaching to “nudge” users towards healthier behaviors. Leading wearables, including the Oura Ring, Apple Watch, and Whoop Strap, offer nuanced sleep and activity coaching based on users’ unique metrics and trends. Put simply, wearables can tell you when you are overworked and need a break.

In an organization like Special Operations Command, which demands long hours under highly stressful conditions, having a tool that provides an objective measurement of readiness is uniquely valuable. Operators are specially selected and trained for resilience to adverse physical and mental conditions. Constant adaptation to a changing environment, however, comes at a cost. But this advantageous adaptation can produce allostatic load, leading to chronic physical maladies including pain, fatigue, and compromised immunity. Reduction of allostatic load first requires identification of increased stress. Enter wearables. Wearables can provide feedback on a host of biological metrics correlated with stress, including heart-rate variability, resting heart rate, and sleep quality. This makes it possible to identify chronic physiological stress, implement nuanced interventions, and prevent the difficulties associated with allostatic overload.

Wearables can also bring benefits in the cognitive and psychological domains. The Oura Ring encourages users to monitor body signals through practices such as guided mindfulness and breathing protocols. As shown by ongoing studies at Texas A&M, mindfulness meditations and associated breathing exercises can reduce stress and improve mental health. This can be particularly useful to special operations forces in reducing combat mental illness. Paired with blast gauge data or baseline cognitive tests such as the Automated Neuropsychological Assessment Metrics, wearables may also allow the early identification and treatment of traumatic brain injury.

In a profession where chronic stress is so abundant that it produced the term “operator syndrome,” why are wearable technologies not already commonplace? For one thing, there isn’t a one-size-fits-all wearable. While one wearable specializes in sleep, for example, it may not be as effective at measuring physical activity. Concerns over operational security also dampen wearable enthusiasm in the Defence Department. And for good reasons — in 2018, the fitness and location tracking application Strava infamously illuminated the location of multiple overseas military bases. Similarly, privacy risks regarding collected data can cause hesitation in an increasingly connected and data-driven world. Data security and patient confidentiality are paramount concerns with aggregated health information collected from wearables, and have legal implications under the Health Insurance Portability and Accountability Act. While data is routinely stripped of identifiers, including names and addresses, it can become re-identifiable when correlated with other datasets.

Special Operations Command has an important role to play in helping to address these security and privacy concerns. Letting the Preservation of the Force and Family program lead the development of wearables can help by removing military commanders from the loop, preventing mandatory use and giving participants the power of consent. Personnel associated with this program are also trained and certified to handle protected health information, reducing the risk of a Health Insurance Portability and Accountability Act violation and relieving military commanders of such a burden. Assigning random user identifications can help to avoid the disclosure of personal data. Preservation of the Force and Family personnel can further prevent the re-identification of anonymous users by isolating the wearables’ data, thereby preventing their merging with larger military data sets.

While there are simple ways to mitigate the known concerns over wearables, there will always be risks, especially with the early adoption of technology. These risks should be explored, preferably in a small and competent population, to best identify and understand wearables’ capabilities and limitations. Implementation and open dialogue will enable the force to exploit wearables’ significant potential to improve holistic health.

In any technological revolution, there will be resistance to adopting new technology, especially in large organizations like Special Operations Command. Nevertheless, wearable technology has taken the world by storm. Large corporations have adopted wearables into healthcare policies, and wearable tech is an $81.5 billion industry. With a smaller population that is often presented with high chronic stress, Special Operations Command has the opportunity to lead the U.S. military in the use of wearable technology. By leveraging the recent revolution in wearables, programs such as Preservation of the Force and Family can bring humans and hardware together in the safest and smartest way possible.

Maj. Kevin Butler and Maj. Frank Foss are Army Special Forces officers currently pursuing a masters in Defense Analysis at the Naval Postgraduate School. Between them, they have over a dozen combat and operational deployments to the Central Command and Southern Command.

Humans and Hardware: How Special Operations Can Pioneer Wearable Technology 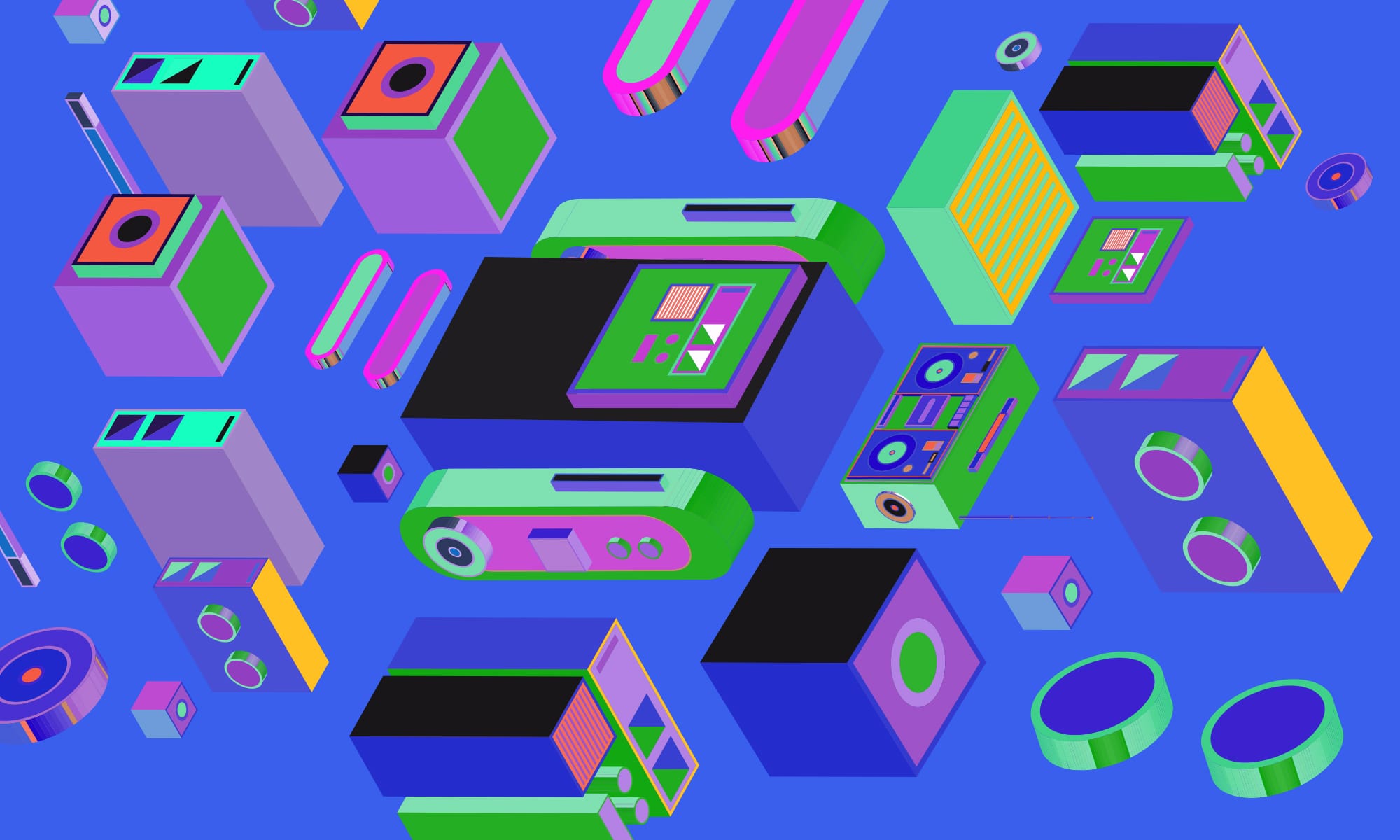