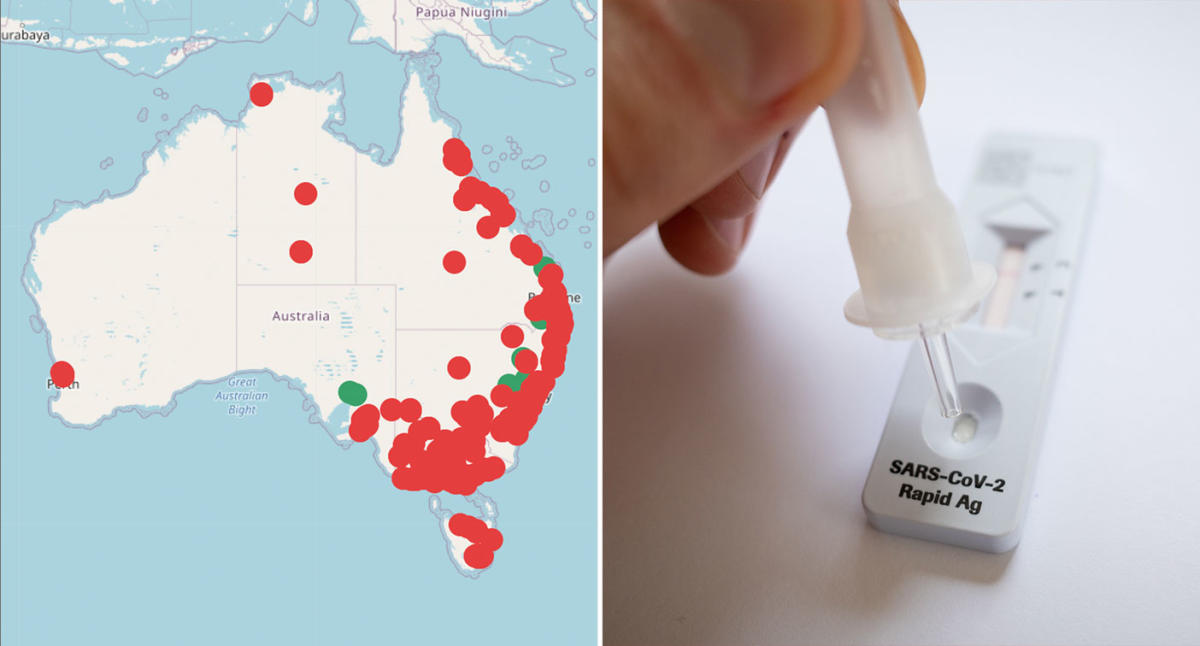 Getting your hands on a Rapid Antigen Test in Australia has proven to be a difficult task of late, but thankfully one Australian has made sourcing one much easier.

Matt Hayward is software engineer and the co-founder and director of Pipelabs, who has been using his skills to help people out during the pandemic.

He was behind the VicExposureSiteBot on Twitter – until Victoria stopped reporting exposure sites – and on Monday he launched his new endeavour, findarat.com.au.

The website allows the community to report where others can buy rapid tests and what places have low stock or are sold out from all over Australia.

The Find a Rat website was created in a day, after his partner struggled to buy a test, Mr Hayward told Yahoo News Australia.

“I saw a lot of people commenting on groups and Facebook and that type of thing, so people were sharing information but it was all in a million different places and by the time you saw it, they would run out,” he said.

“So I thought, oh well, I may as well put the tech skills to good use, and then built up the site yesterday, so I just sort of put it together so people can share their data.”

Massive response the day of launch

In less than a day, around half a million people have already visited the site and Mr Hayward said the response has been well received.

Several people have also supported Mr Hayward through ‘buy me a coffee’, where funds are being raised for development and hosting costs.

You can support Mr Hayward here.

Mr Hayward said he had received some particularly lovely feedback from people who were able to source a RAT through the site to go visit their parents in nursing homes.

“It’s really great to see the community come together and help share information and help keep everyone safe,” he said.

Anyone is able to view where RAT kits were last seen and where they are out of stock, though you do need a log in to contribute.

Some people have asked Mr Hayward if they can include the price of RAT kits when submitting to the website, amid price gouging, and it is a feature which will likely be coming soon.

Mr Hayward said the reason he got into tech in the first place was because it is accessible and anyone can jump online and start solving problems.

He believes the accessibility with tech is likely why Australia has seen a lot of young people, like the teens behind CovidbaseAU for example, contributing and helping out.

Mr Hayward said the false reports are minor compared to people actually wanting to do good for the broader community.

Do you have a story tip? Email: [email protected].