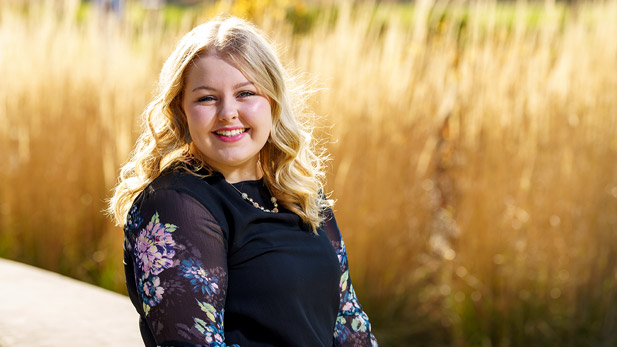 Mandy Chick is at full throttle as a successful motorsports’ driver and in pursuit of a mechanical engineering degree from Rose-Hulman.

The 20-year-old Kansas native spent most of her youth and teenage years winning races behind the steering wheel of quarter midget, dirt modified and semi-professional late model racers. Now, Chick is preparing to rub bumpers in the Automobile Racing Club of America’s (ARCA) Menards Series, a professional league of stock car racing touted as one of the “Top 4 Tiers of National Association for Stock Car Auto Racing (NASCAR).” Through this series, teams race at such iconic racetracks as Daytona International Speedway, Talladega Superspeedway Pocono Raceway and many more.

And the top-tier NASCAR Cup Series may be calling in the future.

“I’m excited and ready for this next step. A lot of things are moving forward for me – in the right direction,” remarks Chick. “It’s been a long time coming, with lots of hard work by so many. I’ve learned a lot along the way and now I’m ready for a new adventure in racing. You learn by racing against the best.”

Her family-owned race team is currently seeking to purchase an ARCA car, an engine and other components, while obtaining financial sponsors, in hopes of joining the ARCA series this summer – after completing the second year of her Rose-Hulman studies.

“I’ve been doing this (racing) for most of my life. This is what all those weekends spent racing at tracks throughout the Midwest have been building toward,” says Chick, a third-generation racer inspired by her father Steve Chick Jr. and grandfather Steve Sr. while being supported by mother Jennifer and several longtime friends.

At 6 years old, Mandy jumped into a quarter midget race car, took 10 laps around the track and exclaimed “When can we get one for me?” She was a quick learner, with a highly competitive streak, and was soon regularly winning races at nearby tracks. In 2010, she was a regional and Kansas quarter midget champion and by age 13 had moved up to earn several top-10 finishes in the Asphalt Pro Late Model Series. Later she was named the NASCAR Missouri Rookie of the Year. As a high school senior, Mandy was competing for the championship on the JEGS/Champion Racing Association’s All Stars Tour throughout the Midwest and running a few ARCA/CRA Super Series races, such as the famed Berlin 251. She affectionately refers to herself as “The Fastest Chick in Town.”

Along the way, with her father’s encouragement, Chick developed an interest in the technical side of racing and how an engineering degree could further enhance her racing career. She was among a select group of incoming students selected in 2020 for the inaugural class of Noblitt Scholars, a program supporting enterprising science, engineering and mathematics students to attend Rose-Hulman. The fact that the college has been the proving ground for students with similar motorsports interests, like Indy Car/NASCAR Team Penske Racing President Tim Cindric being a 1990 mechanical engineering alumnus.

“Racing is why I’m passionate about engineering. I went to [Rose-Hulman] to refocus and get a deeper appreciation for the sport,” Chick stated. “I’m fascinated about all the things that go into making a competitive race car. I want to know why things are designed as they are and possibly how they could be designed better … I went to engineering school as a career backup to racing, but now have developed bigger engineering goals.”

Chick has taken lessons from such classes as introduction to design, graphical communications, statics and mechanics of materials, and fluids and mechanical systems to develop a variety of 3D printed low-cost, low-heat components for her and other race teams through her small business, Victory 23 Designs. This business opportunity also aligns with her interests in entrepreneurship and business. The Rose Squared program is providing the opportunity for her to earn a bachelor’s degree in mechanical engineering and a master’s degree in engineering management within four years.

Also, as if she needed more to do, Chick is preparing to spend a portion of this summer as an intern with Toyota Material Handling in Columbus, Indiana. She will get to lead a project and conclude the experience with a presentation to members of the company’s management team.

That’s when she isn’t spending time at the track racing in the ARCA Menards Series.

“I like staying busy and have always been able to juggle lots of things in my life, finding that happy balance that keeps everything in perspective. It keeps things fun and interesting,” remarked Chick, who is involved on campus in the Delta Delta Delta sorority and Society of Women Engineers student chapter while also serving as an Office of Admissons’ tour guide for visiting prospective students. “I’m ambitious and Rose-Hulman has allowed me to find where my priorities are and where my next adventure could lead.”

Later she added, “I always want to be involved in racing. It has provided me the best opportunities and most fun in my life. Thankfully, Rose-Hulman has added other aspects to what might be ahead for me.” 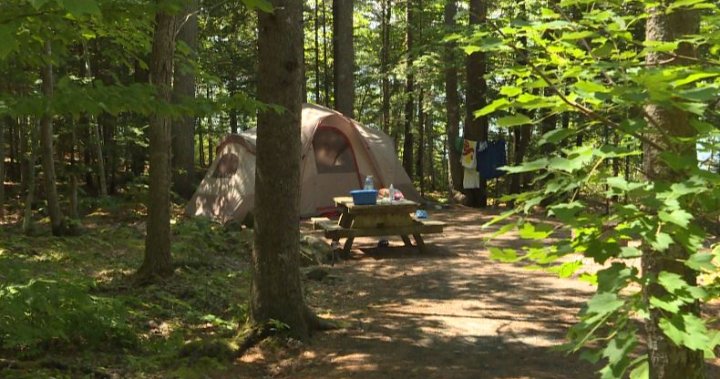