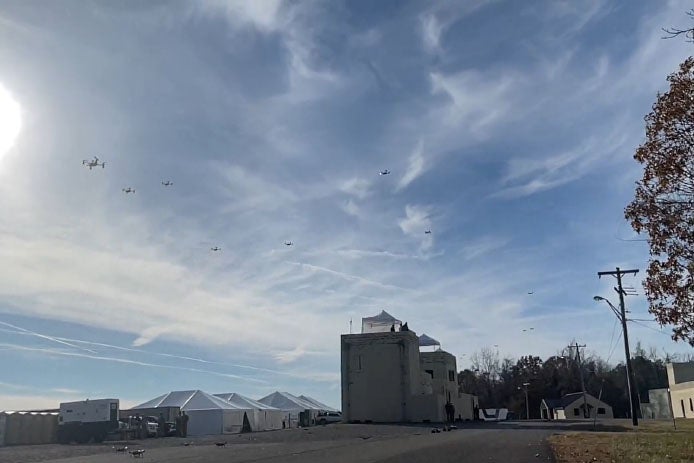 During this field exercise, a single operator successfully controlled a swarm using the solution developed by a Raytheon BBN Technologies-led team.

The team used a combination of commercial off-the-shelf (COTS) and custom-built hardware and software to deliver swarm autonomy in the exercise.

With very little training, a single operator or group of operators were successful in directing and handling the activities of autonomous air and ground vehicles.

“Takeaways from this exercise help inform us of the inflection points between utility and manageability.”

Data, insights and analysis delivered to you
View all newsletters
By the Airforce Technology team
Sign up to our newsletters

Clark added: “You can look behind the building to access a view of drone locations, for example, and use the virtual reality environment to test and see if your mission is viable.

“We also developed a speech interface with the operationally deployed Tactical Assault Kit, or TAK, integration capability that enables the operator to act quickly while maintaining situational awareness over many systems simultaneously.”