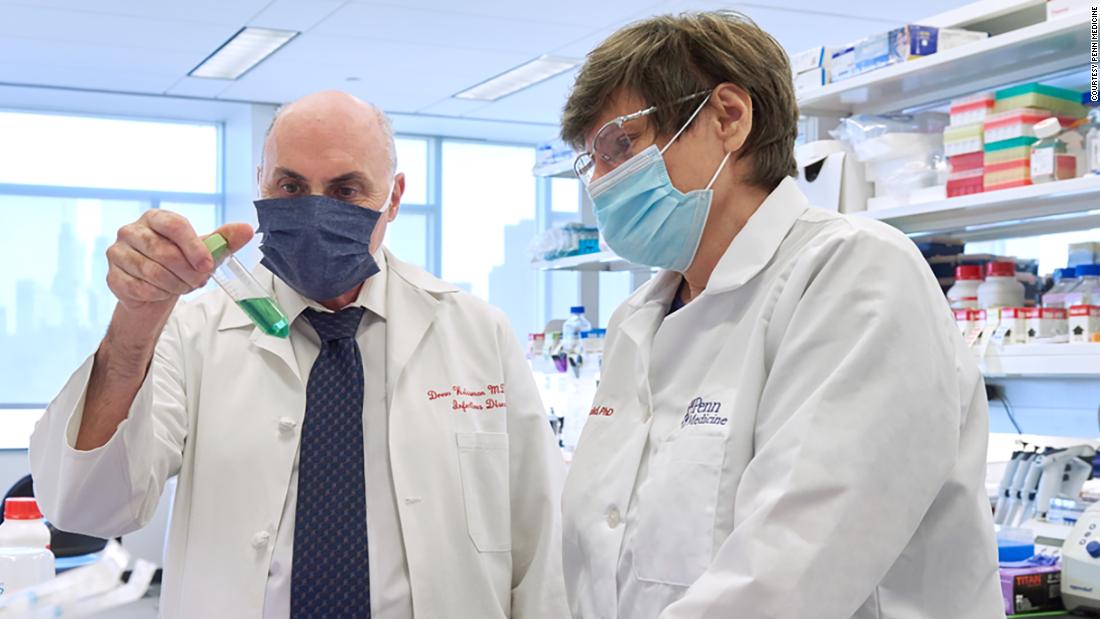 “This breakthrough enabled rapid development of highly effective Covid-19 vaccines. In addition to providing a tool for quelling a devastating pandemic, the innovation is fueling progress toward treatments and preventives for a range of different illnesses,” the Foundation, which has been giving the awards since 1945, said in a statement.

Their technology is licensed to both BioNTech, which partners with Pfizer to make its vaccine, and Moderna, whose vaccine was developed in part with US federal research funding.

“Their groundbreaking study published in 2005 found that their concept — which brought fresh hope to a field beset by skepticism and false starts — could be a reality: that mRNA could be altered and then delivered effectively into the body to initiate a protective immune response. Their method to turn cells into factories that can temporarily produce proteins that serve as therapeutic compounds or stimulate the body’s immune system to attack a specific pathogen also minimizes harmful inflammatory responses.”

Using RNA is a safe way to make vaccines, the foundation said. “Unlike DNA, mRNA would not threaten the recipient cell’s genomic integrity because it cannot integrate into the chromosome and interrupt resident genes or wreak other mutational havoc,” it said.

The technology allows labs to make vaccines very quickly — must faster than older technology — and helped Pfizer and Moderna start making vaccines the day the novel coronavirus was sequenced in January of 2020.

“Sometimes, we asked a question and made an experiment. And of course, instead of the answer, we got 100 more questions. It was very enjoyable. I would like to emphasize that to be a scientist is a joy,” Karikó said in a statement.

Previous winners of Lasker awards include Jonas Salk, who developed a polio vaccine, Dr. William Foege, who helped eradicate smallpox and who is a former director of the US Centers for Disease Control and Prevention, and Dr. Anthony Fauci, who is Director of the National Institute of Allergy and Infectious Diseases. Dozens of Lasker awardees have gone on to be awarded Nobel prizes.

Dr. David Baltimore, a California Institute of Technology researcher who won a Nobel Prize for helping discover reverse transcriptase –used by some viruses to copy their genetic material — also won a Lasker on Friday.

Balitmore, the the founding director of the Whitehead Institute for Biomedical Research at MIT, is one of the world’s leading HIV/AIDS researchers. He was awarded the Lasker-Koshland Award for Special Achievement in Medical Science.