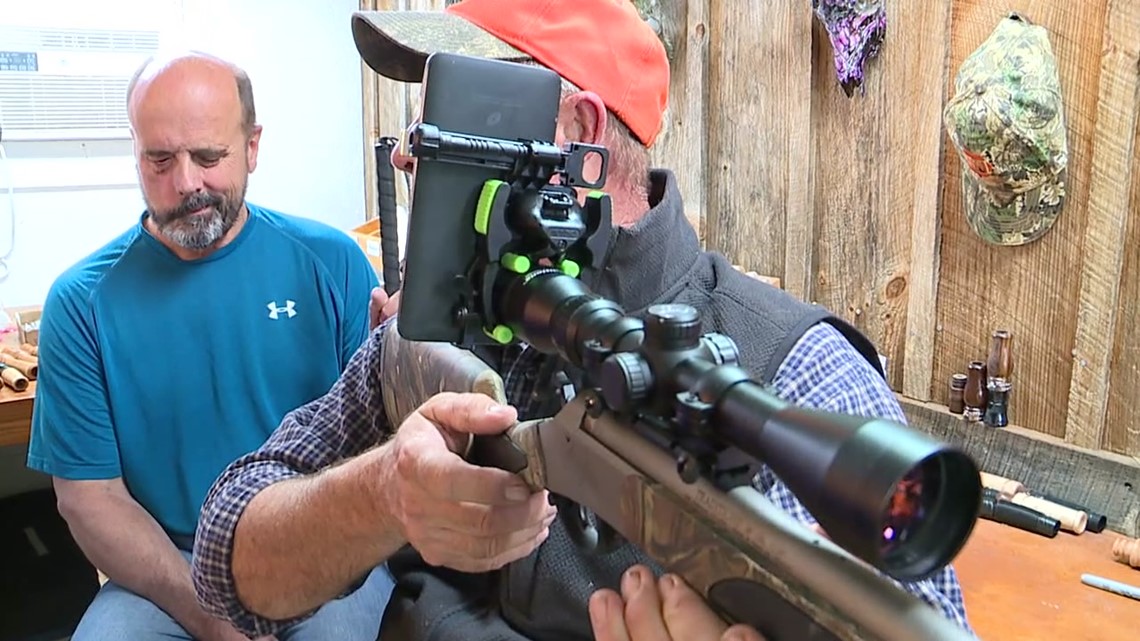 A man from Union County thought his hunting days were over after a tragic accident blinded him. But thanks to technology he got to do what he loves once again.

That’s how long it’s been since Mike Hobbins of Mifflinburg has gone hunting which is his favorite thing to do.

On May 1, 2010, Hobbins was hunting with his sons when his life changed in an instant.

“There was another hunter and I heard his call and I knew it was a hunter. He saw movement and he shot me on this side of my face,” he said.

As a result of that incident, Hobbins lost his right eye and is blind in his left eye.

But despite having that disability, Hobbins is still in the game when it comes to hunting.

He works at Top Calls, which makes game calls in Hartleton.

“I assemble some calls, some turkey calls, and deer calls,” Hobbins said.

Even so, making hunting equipment and going hunting are not the same.

Watching Hobbins stay on the sidelines did not sit well with his boss Russ Wagner.

“If you’re going to work here let’s try and get you back in the woods.  It may not be the same as you were used to before your accident, but at least you’re going to be out there and trying,” he said.

He connected his cell phone to the scope on Hobbins’ rifle.

Using the phone’s camera, he could be his friend’s eyesight.

“It transferred the vision that I’m seeing through the scope to the cell phone and I can tell him left, right, up, down and when to pull the trigger,” Wagner said.

On Monday, Wagner took Hobbins hunting for the first time in more than 11 years.

With Wagner as his eyes, Hobbins was determined.

“It was very close and I could actually hear it walking which was really cool. So we got set up and it stood there and made a successful shot and it went right down,” Hobbins said.

Hobbins almost couldn’t believe it he shot the deer with his muzzle-loader.

“As soon as he said ready I thought this is going to happen! Soon after that, he said fire and it went right down. It was incredible,” he said.

Hunting is Hobbins’ passion and it’s something he thought he would never get to do again.

“This is a great memory I will never forget,” he said.

The day was just as special for Wagner.

“It made my whole season. That’s a memory that I’ll have forever,” he said.

Hobbins lost his vision in a tragic accident but he never lost sight of his dreams.

All it took was some technology and a good friend. 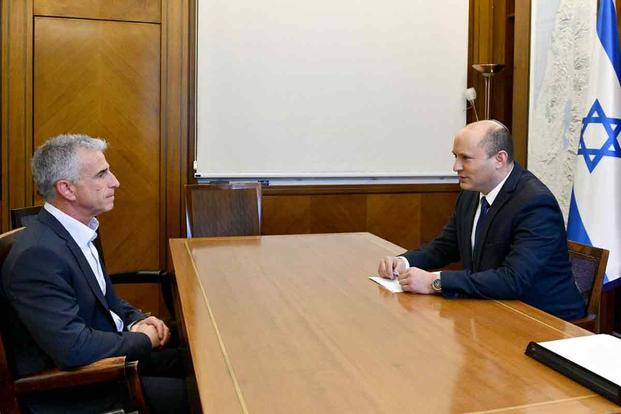