during the forecast period. Favorable Government policies for electric two-wheelers through subsidies & tax rebates and development towards charging infrastructure together with OEMs, would support growth of electric scooter and electric motorcycyle market in near future.

Consumers from emerging countries are already affected by the increased cost of petrol.Electrical two-wheelers operating on electricity will reduce the operating cost of these vehicles.

These two-wheelers are more efficient than conventional ones.Electronic systems are more resistant than mechanical ones, because they break less often due to less friction and, logically, less wear.

As a result, electric two-wheeler vehicles last longer and therefore reduce the environmental impact in their use compared to vehicles powered by fuel. Manufacturers are expected to develop electric scooters and motorcycles that have a higher range than the current breed of electric two-wheelers
The 48V segment is expected to be the largest voltage segment in the forecast.
In Asia Pacific, most of the electric scooter/moped manufacturers prefer 48V battery over 36V.For instance, Hero Electric one of the leading Indian companies offering 48V electric scooters for daily commuting.

Models such as VMOTO CUmini, Govecs Elmoto Loop,Sunra Lander, Zhejiang Luyan ZK5, INNO7 etc are models equipped with 48 V batteries.With improving battery technologies demand for batteries with higher voltage will have the highest adoption by automakers over the forecast period.

Factors such as range and efficiency will also play a key role in the choice and selection of batteries by manufacturers which will determine the future demand for batteries.

Economy segment is expected to be the largest vehicle class segment during the forecast period.
The economy class segment is projected to be the larger segment in the electric scooter and motorcycle market during the forecast period due to the less initial price as compared with the luxury segment and growing demand for affordable commuting.These kinds of electric scooters and motorcycles sell mostly in developing countries as an affordable alternative to other commuting options such as public transport buses and trains.

Several well-established two-wheeler manufacturers have entered the Economic segment.China and India represent the most important markets for economy class electric scooters due to the high inclination of the consumers toward low-cost commutes.

In Asia Pacific, electric scooters are primarily considered a flexible mode of transport for the daily commute and short-distance traveling.According to industry experts, most electric two-wheelers sold in India and China by major players fall in the range of USD 400 to USD 900 due to consumer spending patterns and current driving needs.

For instance, companies such as Hero Electric, Pure EV, Okinawa, Ampere, TVS cater to the economy segment in the Indian market. Similarly, the Chinese market is dominated by such two-wheelers manufactured by Yadea, Jiangsu Xinri, and Luyuan. Yadea G5, Hero Nyx LX, Hero Flash LX, Revolt RV 400, Ampere Zeal Li, Vmoto TC, and TS are a few of the models in this category.

The limited lifecycle and usable capacity are likely to shift the focus from lead-acid batteries to lithium-ion batteries and drive the electric scooter and motorcycle market during the forecast period.
Another advantage of a lithium-ion battery is that it is lightweight, which helps maintain the energy to weight ratio of the vehicle.Its electrodes are made of lithium and carbon.

Research Coverage:
The market study covers the electric scooter and motorcycle market size and future growth potential across different segments such as by vehicle type, battery type, distance covered, voltage, technology, vehicle class, by usage and region. The study also includes an in-depth competitive analysis of the key players in the market, along with their company profiles, key observations related to product and business offerings, recent developments, and key market strategies.

Key Benefits of Buying the Report:
• The report will help market leaders/new entrants in this market with information on the closest approximations of revenue numbers for the overall electric scooter and motorcycle market and its subsegments.
• This report will help stakeholders understand the competitive landscape and gain more insights to better position their businesses and plan suitable go-to-market strategies.
• The report also helps stakeholders understand the pulse of the market and provides them information on key market drivers, restraints, challenges, and opportunities.
Read the full report: https://www.reportlinker.com/p05796719/?utm_source=GNW 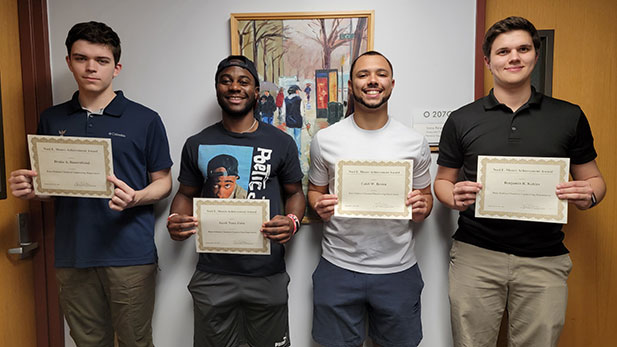