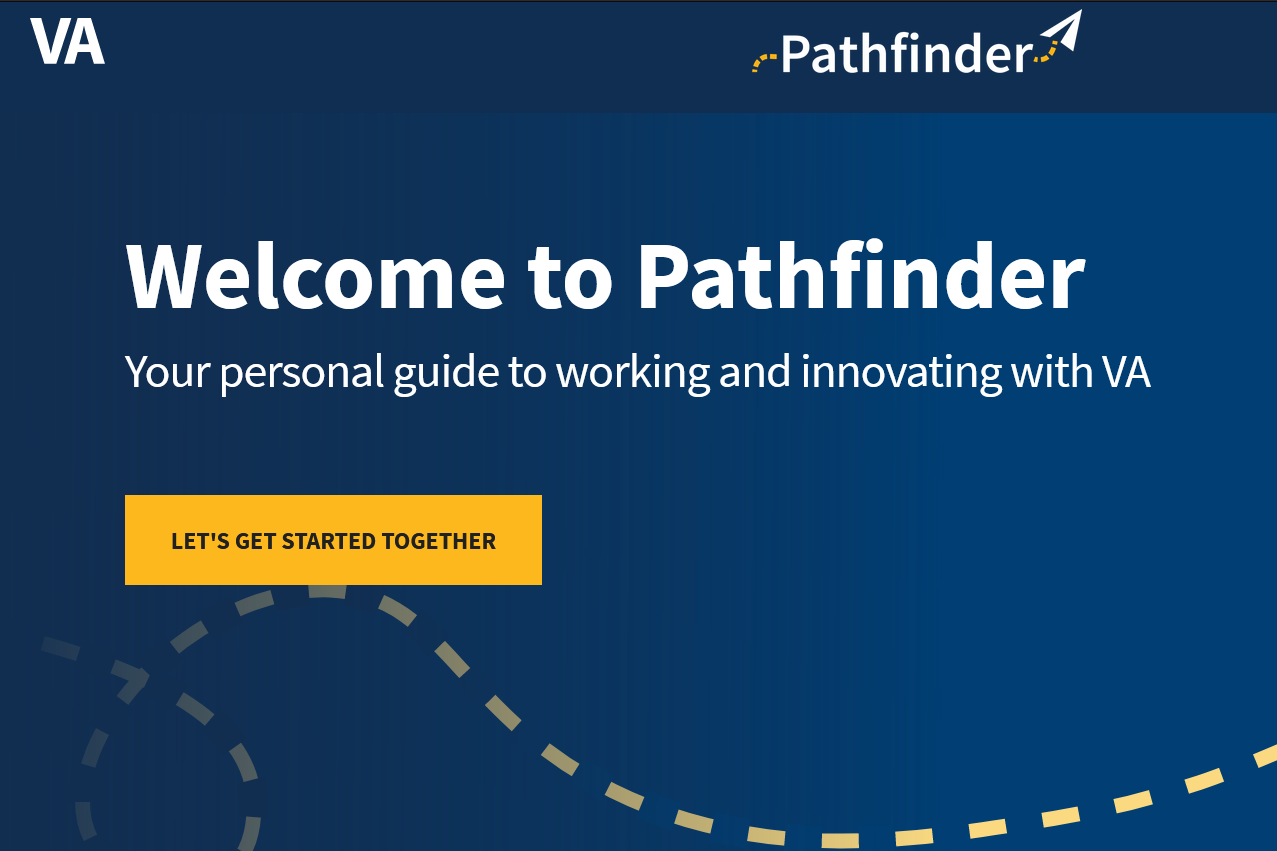 The Department of Veterans Affairs has a new digital one-stop shop for contractors looking to work with the VA. Michael Parrish, chief acquisition officer and principal executive director at VA, said the new Pathfinder site will help vendors that haven’t worked with VA before get certified through SAM.gov. But the site will also pre-filter to show only VA-specific solicitations.

“For those that are interested in trying to help break that that black hole mold of trying to figure out how to do business, we’re rolling out — and it’s ready to use now, there’s still some processes that we have to go through on the [operational technology] side for compliance — but there’s a new website, it’s a single entry point into VA, both for innovation and selling,” Parrish said during the May 5 ACT-IAC Health Innovation Summit.

The site currently features a banner denoting it as a demo site, though Parrish said it’s “open for business.”

Parrish said, in addition to pre-filtering SAM.gov to make it easier to find VA solicitations, there are other quality of life upgrades that will go into what he termed the “next generation” of the Pathfinder site. For example, he said the site will eventually include future forecasting, so vendors can be better informed about what’s coming down the line. It will also include a feature where vendors can submit questions and get answers from a VA employee within seven days.

Parrish did preview one major contract that VA will be launching soon. Parrish wants to implement frictionless supply chain as part of VA’s supply chain modernization. Part of that will involve matchmaking between large and small businesses.

“This is going to wind up being a single contract for an integrator,” he said. “Mechanically … we’re going to have these matchmaking sessions coming up over the next few weeks, and I hope also in a few weeks, by the end of the month, we will have a pre-solicitation out for all of you.”

Parrish said the solicitation will be tweaked based on input from industry before going to a full, open competition. He said there are currently around 55 bidders interested. VA will downselect to three or four finalists in the fall. Then those finalists will move into the next stage of the competition.

“One of the game changes we’re trying to do is, instead of just getting great PowerPoint pitches and giving a large contract, we’re going to make you prove it to us, so have a working functional prototype that we’re then going to test to see how it integrates and operates with all of our systems,” he said.

Parrish said his team is working on standing up a government- and industry-leading simulation center where these new technologies will be tested “not only from a technical competency, but also from a strategic alignment with the VA vision.”

Parrish is also looking to make major changes in how VA evaluates bids. For example, Parrish wants to rely less on firm, fixed price and reduce the number of change orders by starting to focus on best value, rather than lowest price. He also wants to place more importance on past performance, to ensure vendors can actually deliver what they promise.

“That’s part of our new governance structure and our oversight and in trying to streamline a lot of redundancies and get us all collaborating and working together across the enterprise, [the Office of Information Technology, the Veterans Health Administration], and the other organizations and so there’s a lot of modernization opportunities that we’re doing,” Parrish said. “So it’s not your parents’ VA anymore, as we say.”

Parrish also said that’s part of a larger effort around process and organizational improvements to streamline acquisition efforts. Aside from testing and evaluation groups, that includes strategic sourcing, and creating a VA acquisition career management system to standardize training.

“So the whole concept from cradle to grave is all on the table to be evaluated,” Parrish said. “And candidly, we’ve got coalitions of teams around the enterprise that are super excited about doing that.”