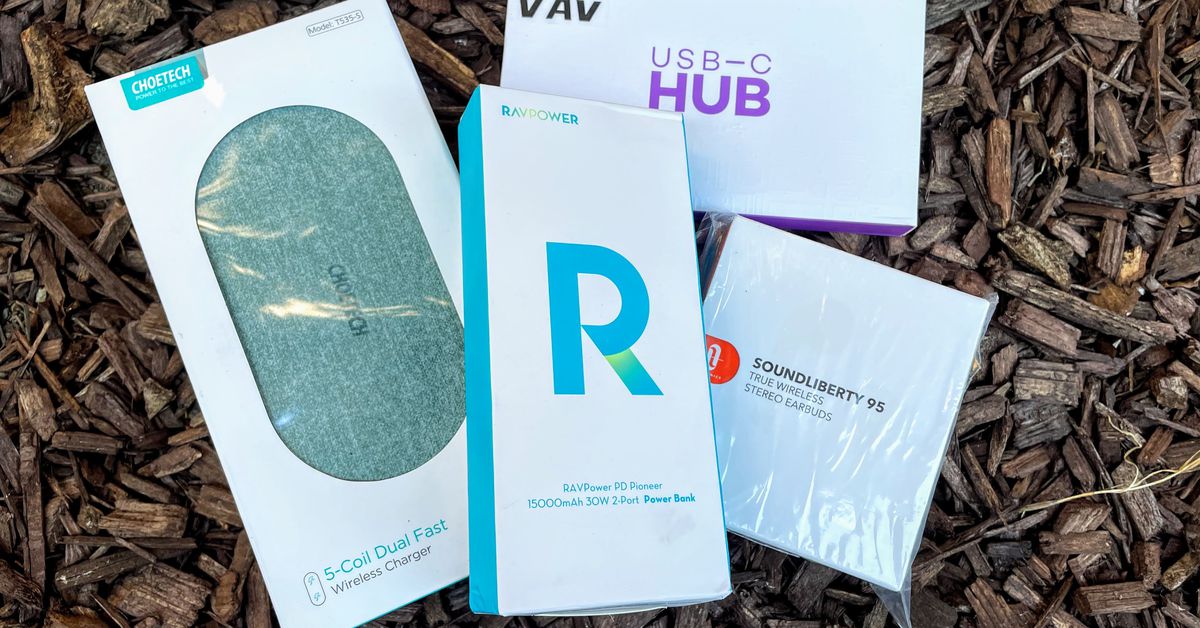 If you’re a reputable Chinese gadget manufacturer with millions of dollars at stake because Amazon banned your ass for inflating user reviews… do you roll over? File a lawsuit? Or change a single letter in your name and try to sneak back onto Amazon anyhow?

It sure seems like Sunvalley, parent company of the popular RavPower, Vava and TaoTronics brands, chose door number three.

We recently spotted all three banned brands back on the Amazon storefront under the flimsiest of disguises: Vava had changed its name to “Vav,” TaoTronics became “Taotronic,” and RavPower was simply “Rav.” We took screenshots for posterity:

They’re not the only ones, either. Banned brand Choetech didn’t even need to change a letter at first. It just hid in plain sight.

Amazon didn’t catch any of these listings until we brought them to the company’s attention nearly two weeks ago, on September 17th. It was only yesterday that the company finished removing them — because yes, Amazon determined that these were indeed bad actors trying to dodge their bans.

Here’s the company’s full statement to The Verge:

We blocked these brands, their product detail pages, and the selling accounts used to perpetrate their policy violations. Unfortunately, these bad actors are motivated and use various tactics to evade detection in their attempts to harm honest customers, selling partners, and Amazon. We have a number of proactive controls in place that are preventing the vast majority of their attempts. If you discover a bad actor attempting to reenter our store that we have missed, we will investigate quickly and take the appropriate actions, including using this to continue to improve our proactive controls. Customers can contact Customer Service 24/7 via phone, email, and chat with any concern they have about a product or their shopping experience.

Amazon doesn’t formally have a ban-dodging policy like some other platforms. No, the company doesn’t let you have more than one seller account — but that doesn’t necessarily apply here because Amazon wiped these brands’ previous accounts off the map. The new statement makes it pretty clear that the deterrent doesn’t end when a company’s first seller account is kicked off Amazon; they’re supposed to be gone.

But if that’s the intent, Amazon needs to step up its game.

Between the time we reported these items to Amazon and the time they removed them, we bought every single one of the items pictured above, had them shipped to us, and confirmed they were legit. While we were waiting for them to ship, we found even more sellers carrying these banned products, ones we didn’t report to Amazon, which are still operational today.

Here, let me show you how easy it is to find a brand dodging its ban. Here’s another picture of that Choetech wireless charger:

Take a close look at the upper left. See how Amazon’s recommending I pick a very similar looking charger instead? Let’s click on it.

Just to be absolutely sure, we bought that no-name charger from Amazon. Here it is, Choetech logo and all:

In the upper-right corner of this image, there’s a sticker that says “100% official product.” The back of the box has a QR code you can scan that takes you to choetech.com. Heck, there’s even a Choetech “Scratch and Check” label so you can be sure it’s authentic. I couldn’t stop smirking at just how thoroughly official this product was.

I should probably add that if you search Amazon for “Choetech,” the company’s products — 12 of them and counting — are the first non-sponsored search results. I know Amazon’s employees can’t be everywhere whacking every mole, but if Amazon’s search engine knows exactly how to direct consumers to its banned brand, you’d think the company could direct its employees to them as well.

In case you’re wondering, no, none of these products came with a blatant “we’ll give you money for a review” insert card like the ones I’m soliciting for a future story. Three of them did come with a card suggesting I join their “VIP” program, though.

P.S. Maybe Amazon should check out Kaloxi, which looks like a dead ringer for TaoTronics. And to the Amazon rep who did snuff out iSmart before I could bring it to your attention: kudos!

Sunvalley didn’t immediately respond to a request for comment. Our emails to Choetech bounced.